The Congo River is the world’s second largest river by discharge volume and the only major river discharging into an eastern boundary region. Despite of its size, the Congo River plume and its influence on trace element cycles and ocean primary productivity is poorly constrained. During GEOTRACES cruise GA08, Vieira and co-workers (2020, see reference below) used radium isotopes to demonstrate that a combination of high river discharge, coastal sediments or submarine groundwater discharge make the Congo the most significant riverine source of iron (Fe) to the South Atlantic. Rapid off-shelf transport close to the equator results in the delivery of extremely high fluxes of trace elements from the Congo River outflow into the Southeast Atlantic Ocean. This large trace element input relieves micro-nutrient limitation (iron and cobalt) across the eastern South Atlantic and provides an unusual example of a very efficient riverine Fe source. 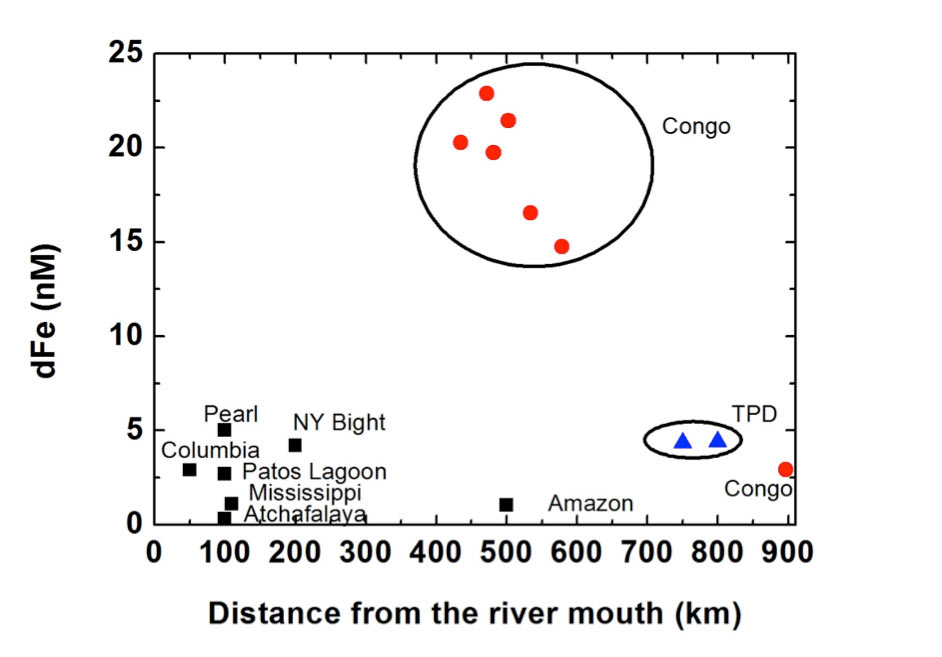