The first basin-wide surface scandium (Sc), yttrium (Y) and lanthanum (La) concentration data in a section across the North Atlantic subtropical gyre (2011 GEOTRACES GA03) is reported by Till and co-authors (2017, see reference below). First, comparison between dissolved Sc and La concentrations in aerosols and surface waters allow these authors to estimate their residence time in the upper layers. Then, they establish that Sc, which is particle reactive, is less concentrated at the gyre boundaries, likely reflecting that it could be drawn down by elevated particle flux in these areas. They propose to normalize the Sc distribution to that of Y or La, two elements much less particle reactive and which display constant ratios with Sc in the dust inputs over the North Atlantic. This trick allows them to get rid of variable inputs of Sc to the surface ocean and to propose that the variations in dissolved Y/Sc and La/Sc ratios may be due to preferential Sc scavenging and could therefore indicate scavenging intensity. 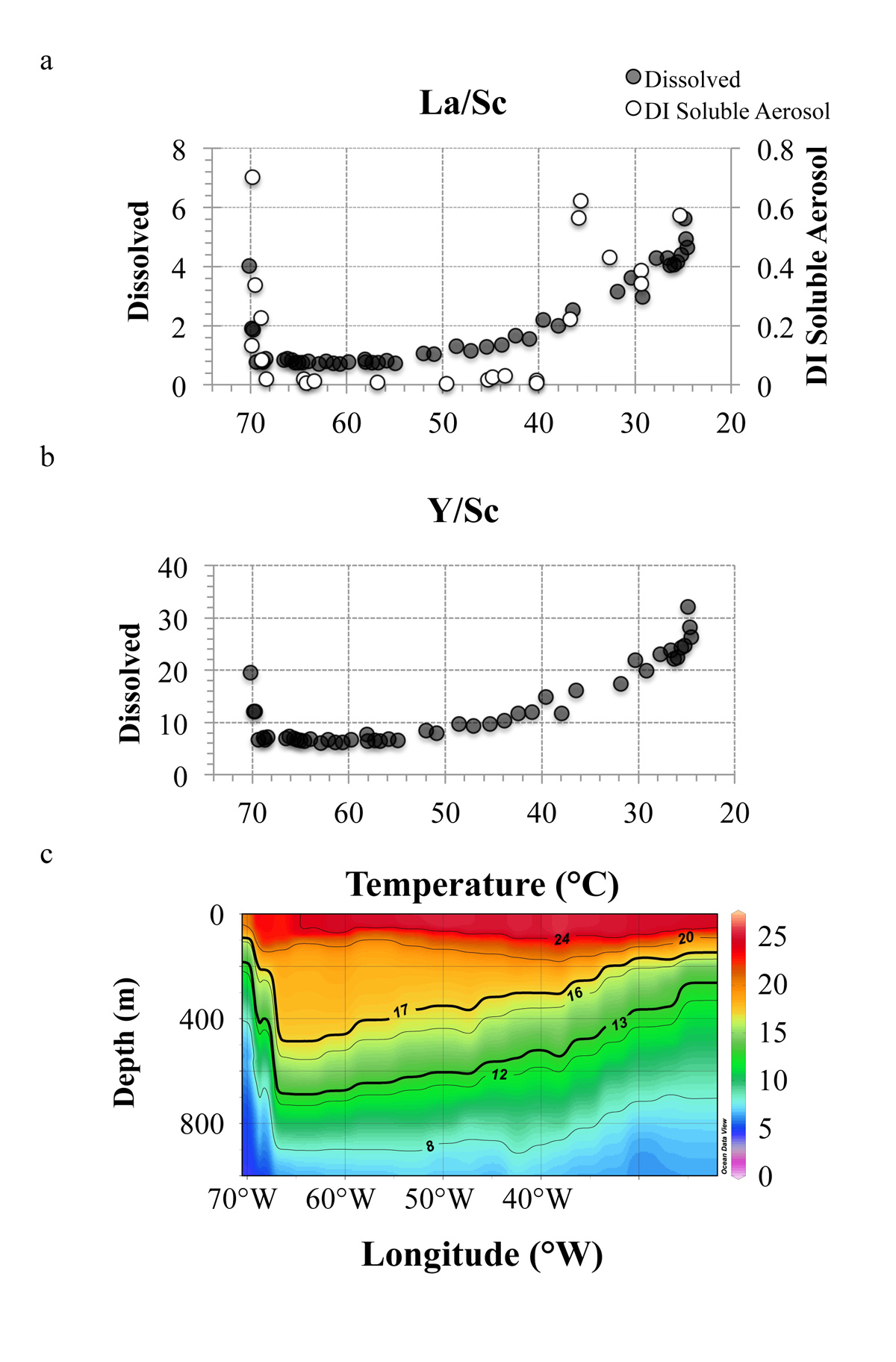 Figure: Distribution of surface dissolved La/Sc (a, dark circles) and Y/Sc (b) concentration ratios across the North Atlantic Gyre (cruise GA03). Panel (a) also shows the La/Sc ratios in soluble aerosols (open circles). The dissolved ratios are substantially higher than the source aerosol ratios, indicating that there is some process occurring in the seawater that elevates the ratios. The temperature distribution along the same cruise track (c) shows that the shape of the gyre as inferred by isotherm depth generally corresponds with the distribution of dissolved La/Sc and Y/Sc), suggesting the possibility that elevated scavenging and preferential drawdown of Sc at the gyre boundaries could leave a signature in the surface dissolved La/Sc and Y/Sc ratios. Click here to view the figure larger.