The strong similarities between zinc (Zn) and silicon (Si) vertical profiles have led many studies to suggest the uptake of Zn in diatom frustules, followed by simultaneous remineralisation at depth. However, recent lab experiments have demonstrated that Zn, although essential for diatoms, is located in the organic part of the cell. These cells are characterized by particularly high Zn/P ratios in the Southern Ocean (up to 8 times greater than at low latitudes). Such contrasting observations have raised the question as to what processes could lead to such consistent Si-Zn relationship, given that Zn and Si uptake are obviously not controlled by the same biological process. Vance and co-workers (2017, see reference below) infer that the oceanic zinc distribution is the result of the interaction between the specific uptake stoichiometry in Southern Ocean surface waters and the physical circulation through the Southern Ocean hub.

Their approach couples in situ data collected in the different oceanic basins, experimental results from the literature and physical-biogeochemical coupled modelling on a global scale. This work emphasizes how the consideration of 1-D cycling only can bias the understanding of (macro and micro) nutrient behaviours, and therefore 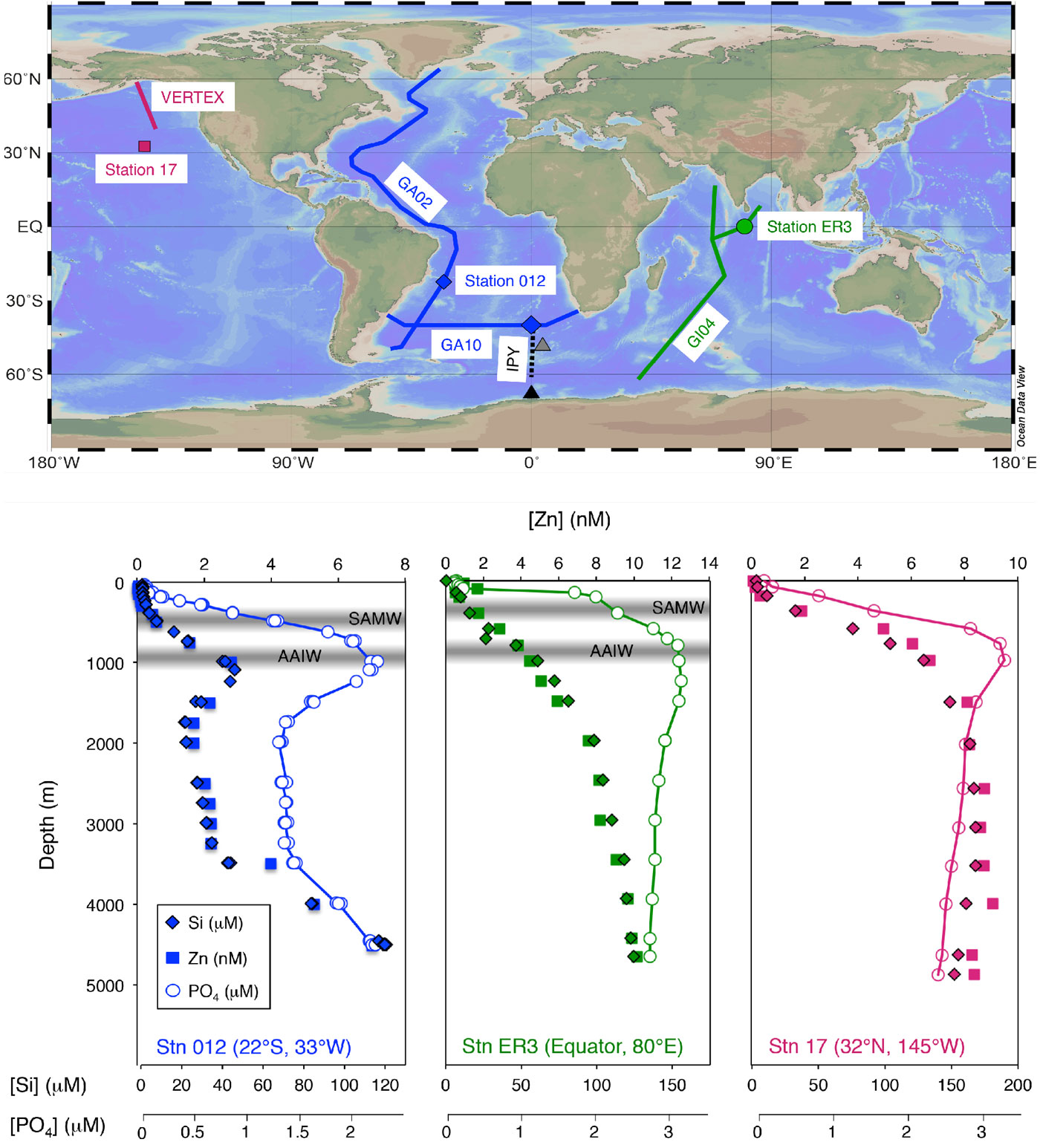 Figure: Depth profiles of dissolved zinc, silica and phosphate in three different ocean basins (bottom), with the locations of each profile shown on the map (top). Both zinc and silicate show deep maxima whereas phosphate has a much shallower maximum, despite the fact that the oceanic biogeochemical cycle of Zn is dominated by uptake into the organic parts of diatom cells with phosphate. Vance et al. explain these features in terms of biological and physical processes in the Southern Ocean. Modified from Nature Geoscience. Please click here to view the figure larger.