REE concentrations peak at the surface reflect high lithogenic inputs from the nearby Central American Arc (CAA) resulting in highly radiogenic εNd signatures, with the observation of the most radiogenic value measured for seawater to date (+4.3). Intermediate and deep waters of the Panama Basin (mean εNd value = 0) are significantly more radiogenic than the inflowing water masses from the Peruvian Basin (−1.1 to −6.6 εNd). This demonstrates that the highly radiogenic Nd isotope compositions must result from release of radiogenic Nd through partial dissolution of volcanic material of the CAA. The re-occupation of one station demonstrates that the high amounts of radiogenic Nd released from these particles can reset water mass Nd isotope and REE signatures of the entire Panama Basin water column within 3.5 years, clearly an area where water masses acquire their signatures before they are advected to the open ocean.

Large amounts of REEs readily released from volcanic particles on such short time scales may require a different parameterization of the Nd isotope signal acquisition processes of water masses in models of the oceanic Nd isotope distribution and are important for the seawater Nd budget. 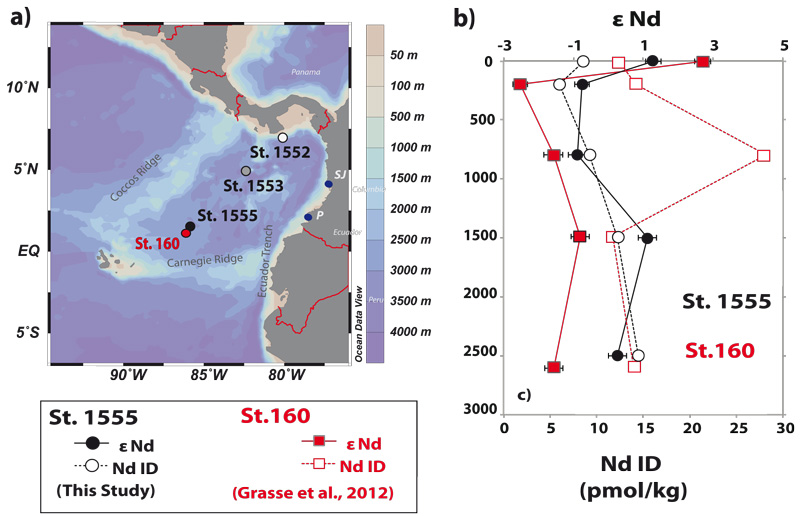