Thorium-230 (230Th) and protactinium-231 (231Pa) are two geochemical tracers extensively used for investigating particle transport in the ocean and reconstructing past ocean circulation. A key feature in reproducing their distributions by modelling is to understand and constrain as good as possible the scavenging processes, which means: 1) having the good adsorption-desorption kinetic rates and 2) describing the up to date best particle field. The later was challenged by the NEMO-PISCES team who considerably improved the particle field description of the NEMO-PISCES model. This recent development allowed van Hulten and co-workers (2018, see reference below) to propose a new simulation of 230Th and 231Pa using a version called NEMO-ProThorP 0.1 in which the dust lithogenic particles were added. Although nepheloid and hydrothermal particles are still missing to better simulate the particle field this new version provides satisfying distributions of both tracers. Thanks to the GEOTRACES field database, comparison of the model results to the measured ones shows more realistic partition coefficients than what was simulated so far. Although further improvements are still needed, this work is an important step forward in our understanding of these tracer behaviors in the ocean. 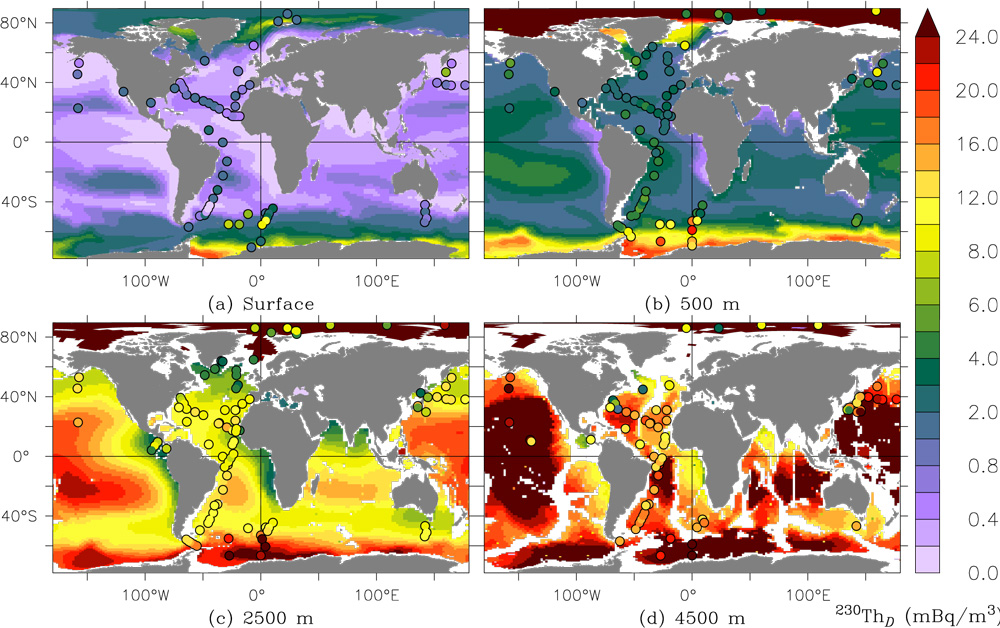