Xie and co-authors (2015, see reference below) report vertical profiles of dissolved cadmium (Cd) in the western South Atlantic Ocean (GEOTRACES section GA02), which show nutrient-like distributions similar to those of the macronutrient phosphate (PO4). A close look at the data reveal: 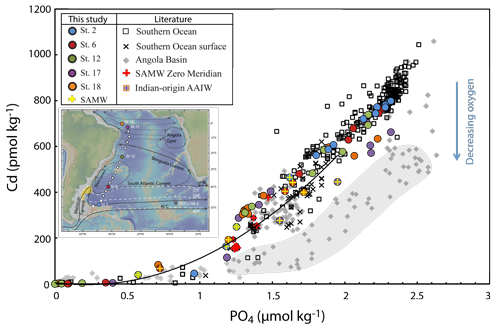