Exceptionally high dissolved cobalt (Co) concentrations have been measured in the surface waters above the Kerguelen Plateau (KEOPS), and in intermediate and deep waters above its eastern slope. Lateral advection and dissolution of Co contained in basalt sediments around Heard Island were shown to imprint the process of surface enrichment over the plateau. Dissolved Co enrichment was strongest at the intercept of the eastern slope with intermediate and deep waters, probably due to more efficient mobilisation of the sediments in the slope current. 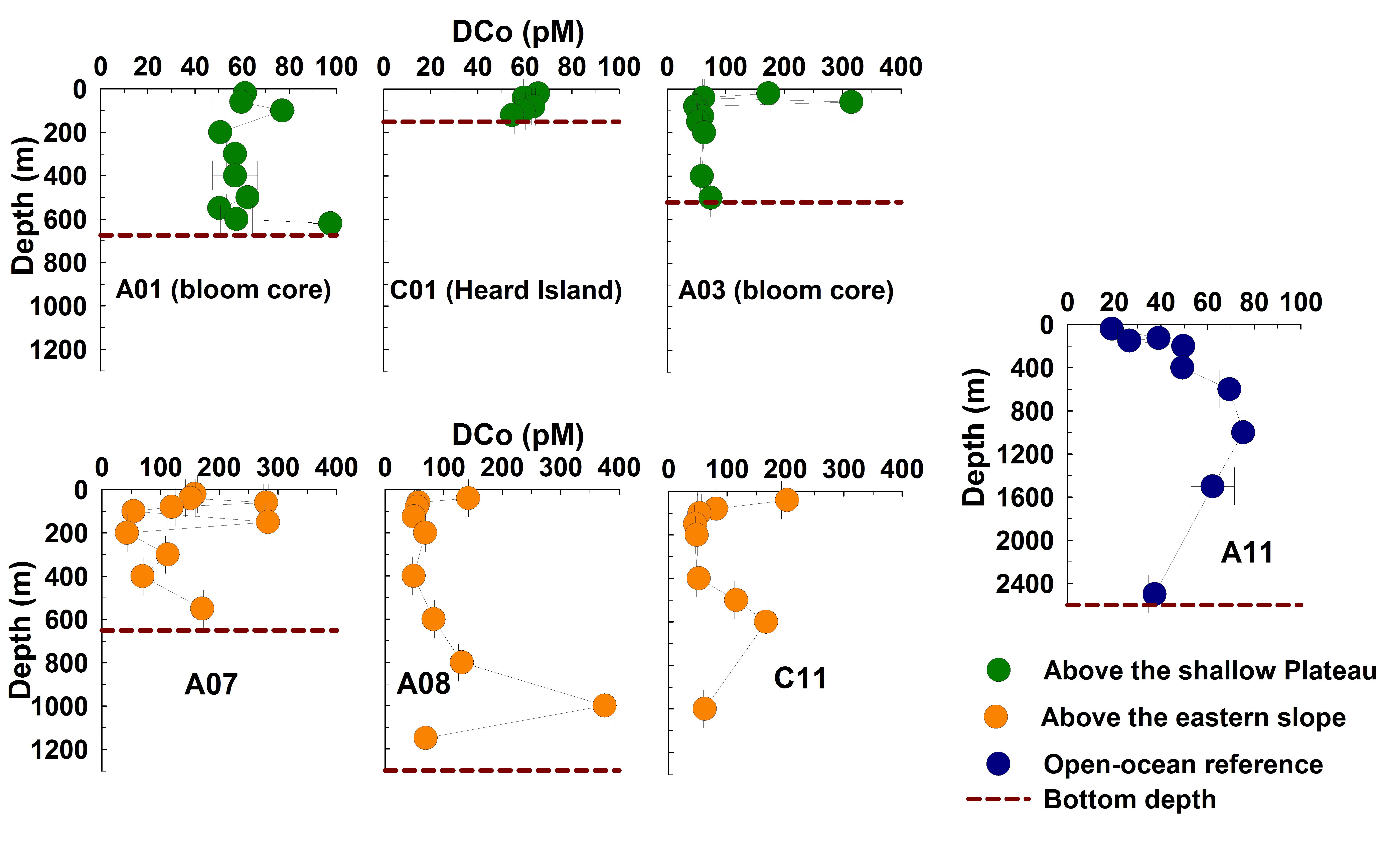