Much of the primary production in low-iron marine environments is carried out by diatoms, and therefore the details of how these phytoplankton acquire the iron they need can have major impacts of biogeochemical cycles. The proteins involved in this process are largely unknown, but in 2018 a carbonate-dependent uptake protein was described that enables diatoms to access inorganic iron dissolved in seawater. As increasing atmospheric CO2 results in decreased seawater carbonate iron concentration, the future prospects for this iron uptake strategy are uncertain. In a recent study published in PNAS, CRISPR technology was used to characterize a parallel uptake system that requires no carbonate and is therefore unimpacted by ocean acidification. This system targets an organically complexed form of iron (siderophores), that must be produced by co-occurring microbes. Two genes are required to turn siderophores from a potent toxicant to an essential nutrient, and one of these (FBP1) is a receptor which was horizontally acquired by diatoms from siderophore-producing bacteria. The other (FRE2) is a eukaryotic reductase which facilitates the dissociation of iron-siderophore complexes. Ocean acidification may not result in exacerbation of iron limitation in marine ecosystems as long as diatoms and bacteria can co-exist. Are diatoms really pirating siderophores from hapless bacteria? The true nature of this interaction is unknown and may be at times mutualistic. When iron availability is limiting the carbon supply to a microbial community, heterotrophic bacteria may benefit from using siderophores to direct iron to diatom companions. 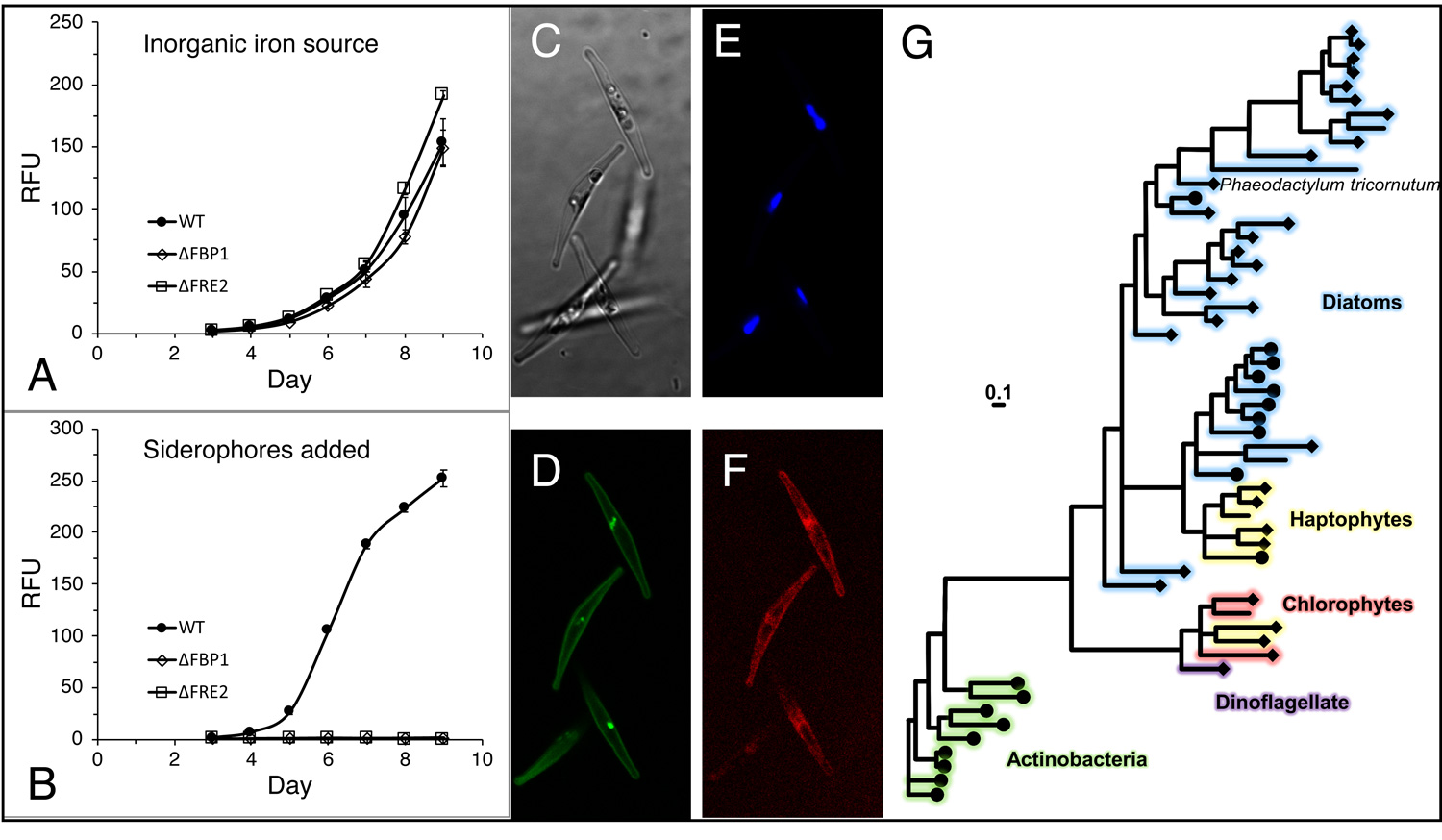