Bourne and co-workers examine the particulate cadmium to phosphorus ratio (Cd/P) variations of 3 particle fractions (<1µm, 1-51µm and >51µm) from 50 casts covering spatial and temporal scales never reached so far for these parameters. This impressive data set allows them to study the effects of an El Niño, upwelling, large-scale in situ Fe fertilization, low-oxygen conditions, and seasonal variation on the cadmium to phosphorus (Cd:P) in particles. The authors found seasonal and spatial variation over an order of magnitude in particulate Cd:P ratios. They figure out that Cd:P tends to be higher (~1–2 mmol/mol) in particles gathered in biologically dynamic waters and is much lower (typically ~0.1 mmol/mol) in oligotrophic regions. Using a statistical approach, they find that 3 factors—local dissolved nitrate, silicate concentrations, and euphotic zone depth—can predict 59% of the variation in particulate Cd:P.

GEOTRACES GP15, at sea from September through November 2018 will collect size fractionated particulates along the 152W meridian from the Aleution Islands to Tahiti. In the future, Bourne et al. hope to use Cd:P data from those particles to compare to their predictions. 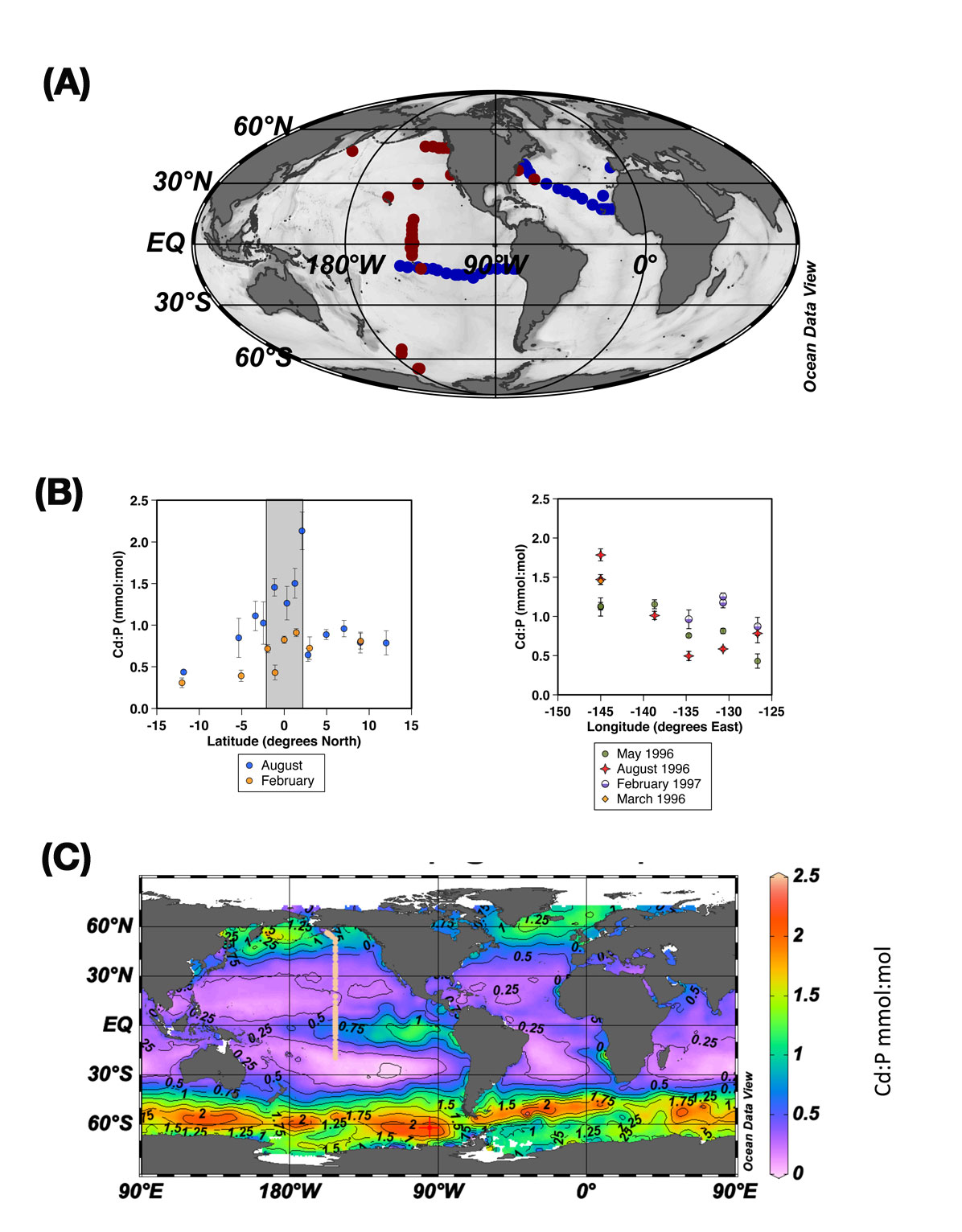