Abrupt climate changes in the past have been attributed to variations in Atlantic Meridional Overturning Circulation (AMOC) strength. Knowing the exact timing and magnitude of the AMOC shift is important to understand the driving mechanism of such climate variability. After a thorough selection of 13 sediment cores, the authors show that the proxy Protactinium-231-Thorium-230 (231Pa/230Th) exhibits remarkably consistent changes both in timing and amplitude over the last 25 thousand years (kyr) in the West and deep high-latitude North Atlantic. This consistent signal reveals a spatially coherent picture of western Atlantic circulation changes over the last deglaciation, during abrupt millennial-scale climate transitions. At the onset of deglaciation, an early slowdown of circulation in the western Atlantic is observed consistent with the timing of accelerated Eurasian ice melting, followed by a persistence of this weak AMOC for another millennium, corresponding to the substantial ice rafting from the Laurentide ice sheet. This timing indicates a role for melting ice in driving a two-step AMOC slowdown. This work also emphasizes that 231Pa/230Th, under thorough criteria, could hold as pertinent proxy of ocean circulation. 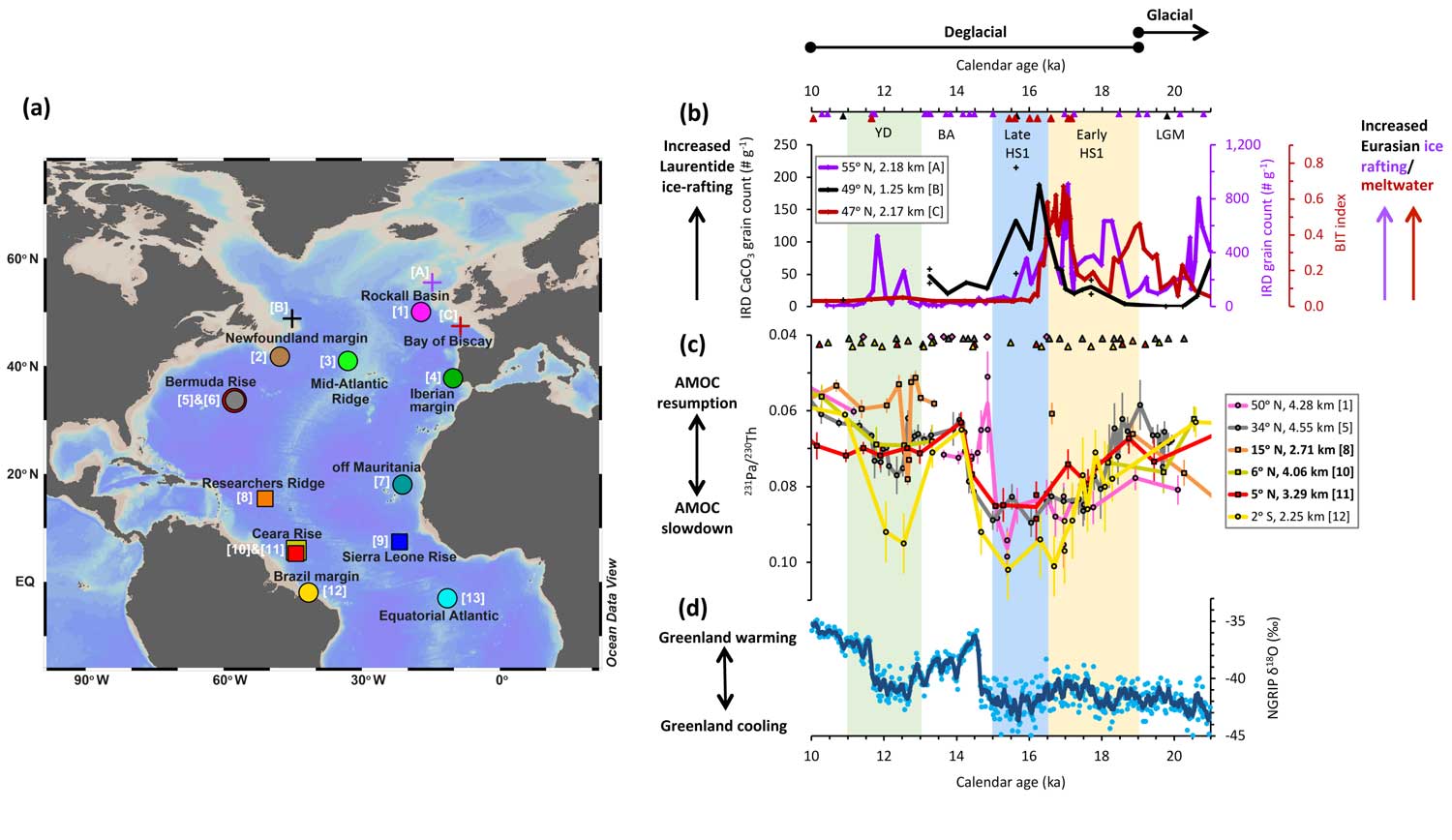