The African coast appeared to be a major source of dissolved total dissolved cobalt, iron, manganese, and labile cobalt to the South Atlantic basin, with high cobalt concentrations in the oxygen minimum zone of the Angola Dome and extending 2500 km into the subtropical gyre. Linear relationships between cobalt, N2O, and O2, as well as low surface aluminium supported a coastal rather than atmospheric cobalt source. Point sources of the scale observed in this study likely serve as vital drivers of these tracer oceanic cycles. 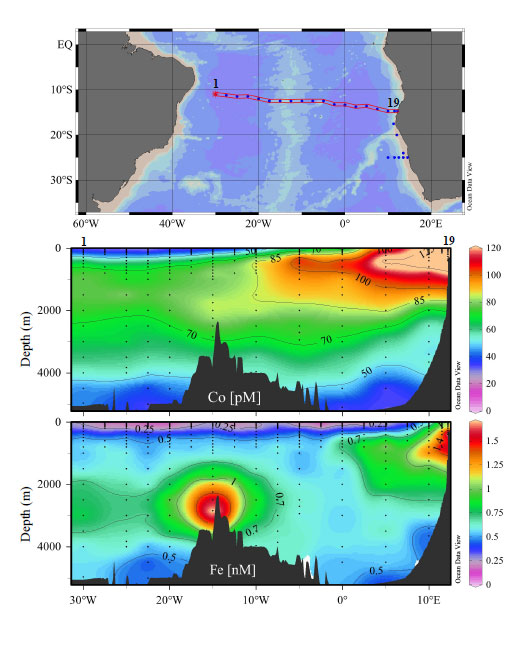 Source: Limnology and Oceanography (click on the image to view it larger)