Although the sun has been shining, the wind and swell have not been in our favor the past couple of days. Our original sampling schedule put a super or mega station at every fifth degree of longitude, starting at station GT3. Due to weather, the super station, GT13, was postponed to GT15, where we arrived last night.

Each super station is scheduled to take approximately 18 hours. The first deployment is the trace metal rosette cast to 1500 m, followed by the “bio” CTD cast to 500 m, then the “hydro” CTD cast to 1500m. While all of the samples are being collected from these casts the insitu pumps are deployed and are programed to pump and filter water for 60 minutes, this is the first half of each super and mega station. Unfortunately, this morning the insitu pumps were deployed just before breakfast and when we returned after an hour to bring them back on deck there was nothing to recover. The wire had snapped and the six McLane pumps sank to the bottom of the ocean. This is one of the unfortunate circumstances that comes along with trying to collect samples in a harsh and unpredictable environment. There is always a chance that what gets placed over the side of the boat might not come back. I was told that’s why we aren’t allowed to go swimming. 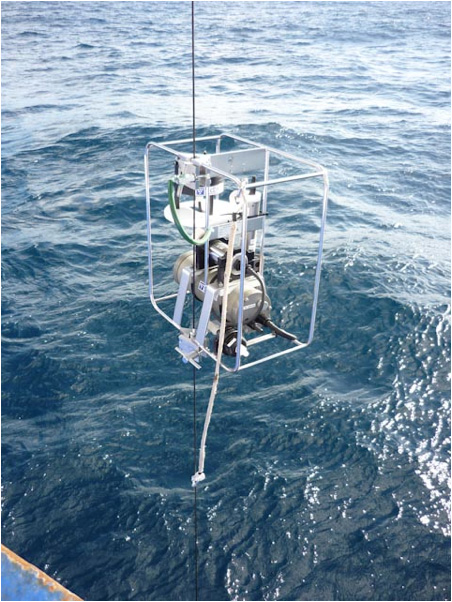 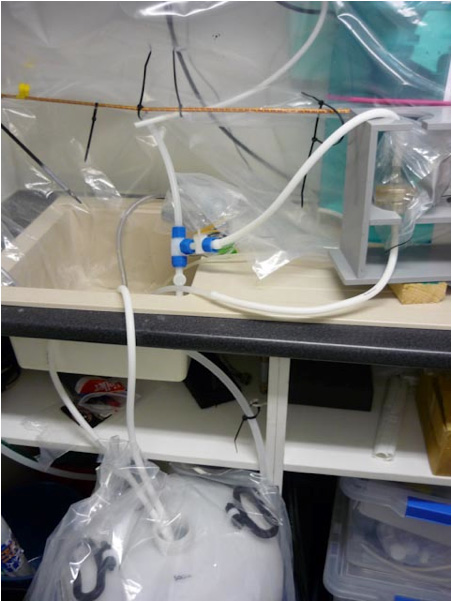 When things like this happen, we do our best to come up with an alternative.  We still need to collect particles to fulfill the GEOTRACES sampling and we have lots of gear to try and accomplish this goal.  The new plan for the particle team is to use the trace metal rosette to collect 40 L of water at three depths, 30, 100, and 300 m and filter them in the clean lab container through a smaller diameter filter.  Although this is only a fraction of the water that gets filtered through the insitu pumps, we hope to collect enough particles to at least measure trace metals.

As we make our way along the remaining eight stations, we will test out this new method and hope that things start going more in our favor.