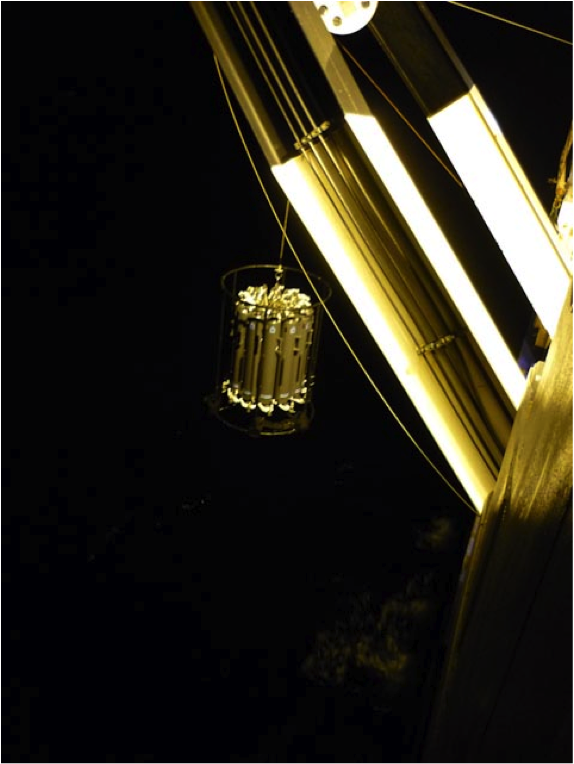 We are well and truly underway in our sampling endeavors.  The first cast of our official Geotraces transect was the trace metal rosette late Friday night at 32.5° S, 172° E.

We have just completed sampling at our first mega station, GT3.  Along this transect, just like the Australian leg, we have three types of stations, regular, super and mega.  The difference between them is the depth of both the CTD and trace metal rosette casts and the number and types of samples collected.  At the regular stations the depth profiles collected reach 1500 m.  At the super and mega stations the casts reach depths of approximately 5000 m.  The mega and super stations are located every 5th degree of longitude.  Insitu particle pumps are also deployed at the super and mega stations, allowing us to collect large volume particulate samples down to 1000 m.  Over the past 3 days we have done 11 CTD and trace metal rosette casts, and thousands of liters of seawater have been filtered and collected for the analysis of particulate and dissolved trace metals, trace metal isotopes, nutrients, organic carbon and nitrogen, light isotopes, phytoplankton speciation, ligand speciation, the list goes on.

Just to add some more hours to an already busy schedule the first of three ocean acidification experiments is half way through.  This is a continuation of experiments that were done on the PINTS and the PreSOAP cruises that took place over the last year and a half.  The aim of these experiments is to identify physiological changes in phytoplankton and changes in the chemical composition of the seawater in respect to decreases in ocean pH and increases in temperature.

On day two of this cruise, nine 20 L cubitainers were filled with unfiltered seawater that was pumped up from about 30 m deep.  There are three replicates of each experiment, three controls, three with decreased pH (0.2 pH units lower), and three with decreased pH (0.2 pH units) and increased temperature (3° C higher), conditions predicted for 2100.  The pH was adjusted by passing CO2 gas through permeable tubing in the cubitainers to try and mimic how ocean pH will change with increases in CO2 emissions.   Once the samples were equilibrated at their target pH, the first sampling took place. 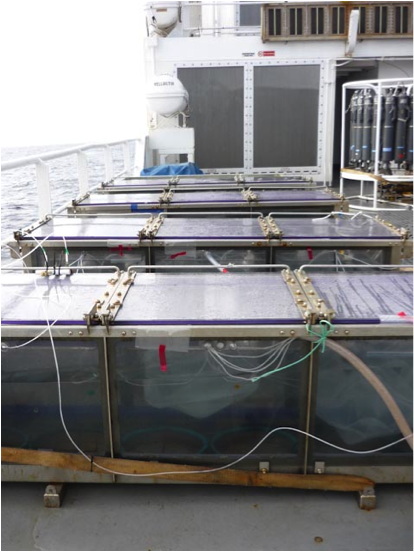 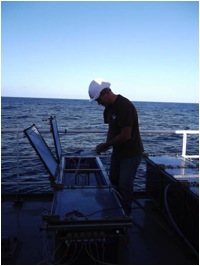 There are 10 scientists collecting sup-samples from these incubations to examine things like the availability of nutrients and trace metals, nitrogen fixation, bacterial community composition, phytoplankton cell counts and population composition, and photosynthetic efficiency.  We are interested to know how these parameters may change or be affected by ocean acidification.

The logistics of collecting these sub-samples involved a chain of people moving the cultures from the incubators on one deck into the clean lab we built (see previous post) on the deck below.  Lucky for us, the ones moving the cubitainers, they get lighter each time they are sampled.  So far the incubations have been sampled at time zero and day two of the experiment.  The final sampling will happen on day five, just in time to start the second of these ocean acidification experiments.  We are all excited to see some of the results.