FRidge is a U.K. led research expedition to the Mid-Atlantic Ridge which will explore hypotheses regarding the mechanisms that shape the ocean iron distribution. In particular, it will study the role of hydrothermal inputs from distinct vent sites along the ridge.

The FRidge cruise aboard the RRS James Cook will depart from Southampton (UK) on 20th December 2017 and arrive port in Guadeloupe (France) on the 1st February 2018. The cruise will sail along the GEOTRACES International section GA13 (see cruise track below).

During 6 weeks scientists will measure trace metals, nutrients and ocean physics over and around the mid Atlantic ridge in order to: 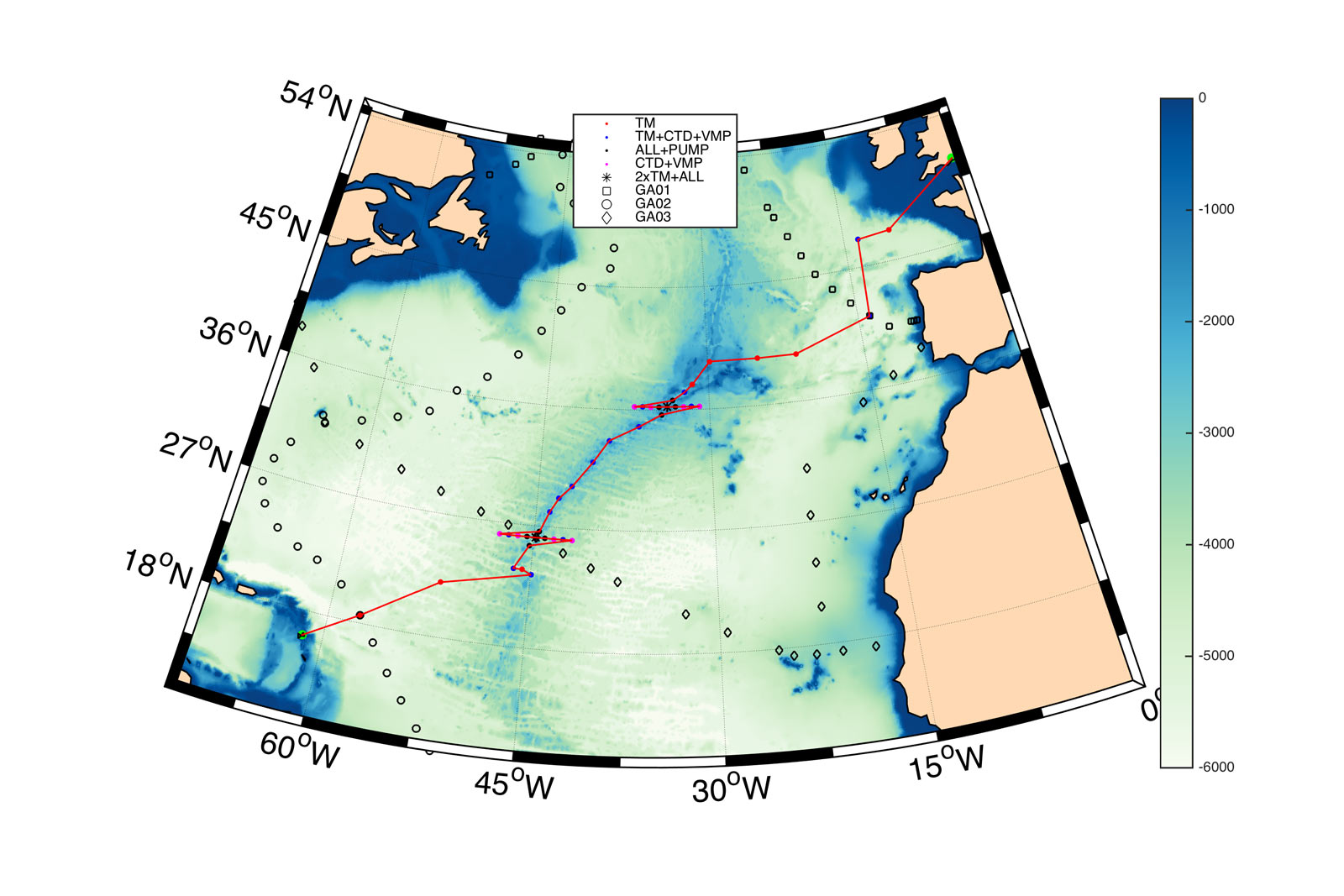 It will reveal the full-depth profiles of trace elements and their isotopes in the western North Pacific.

GEOTRACES contributed to a special issue focused on the UN Decade of Ocean Science for Sustainable Development.