The first GEOTRACES data product was launched on February 25 at Ocean Science Meeting 2014 (Honolulu, Hawaii) with the presence of more than 350 persons.

The Intermediate Data Product (IDP2014), containing hydrographic and marine geochemical data acquired during the first three years of the program, consists on two parts: the digital data and the eGEOTRACES Electronic Atlas which provides 2D or 3D scenes (maps) of the distribution in the ocean of many parameters (for example, the distribution of lead in the Atlantic as show in the figure on the right).  Both the digital data and the eGEOTRACES Atlas are now freely available on-line.

The Town Hall meeting was more than a succes with a special ovation from the public when the first eGEOTRACES 3D scene was displayed. The product has also been object of an important media coverage, including Nature and Science journals. 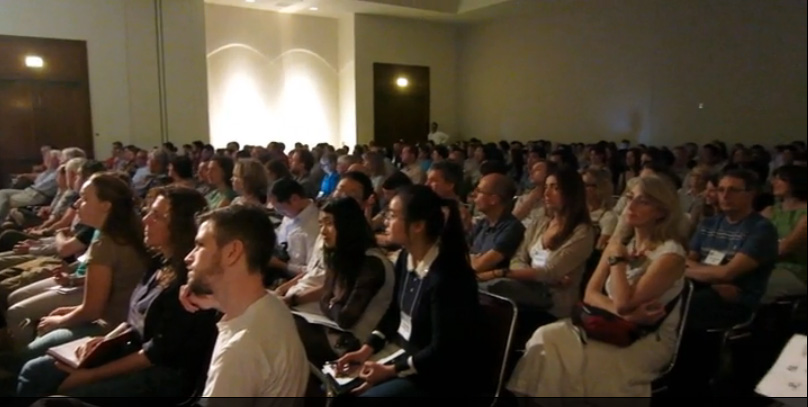