More than 100 investigators from 12 nations met at the Lamont-Doherty Earth Observatory in Palisades New York, USA, on 1 – 4 August 2016 for a synthesis workshop on the Biogeochemical Cycling of Trace Elements within the Ocean. The workshop, focused on setting priorities for exploiting GEOTRACES data to advance scientific objectives at the interface between marine geochemistry and marine ecology, was jointly sponsored by the GEOTRACES Program and by the Ocean Carbon and Biochemistry activity of the U.S. Carbon Cycle Science Program.

2) Abiotic cycling and scavenging, including particulate and dissolved speciation, and

Following a series of plenary talks designed to stimulate discussion on these topics, workshop participants spent most of the workshop in smaller groups that identified critical knowledge gaps in each of these areas, as well as strategies to meet those needs. Participants defined six topics to be pursued in greater detail in synthesis papers that combine GEOTRACES data with results from other programs, such as those involving molecular biology. These activities will inform and improve models used to predict how marine ecosystems are going to respond to future environmental changes, including pollution and global warming. 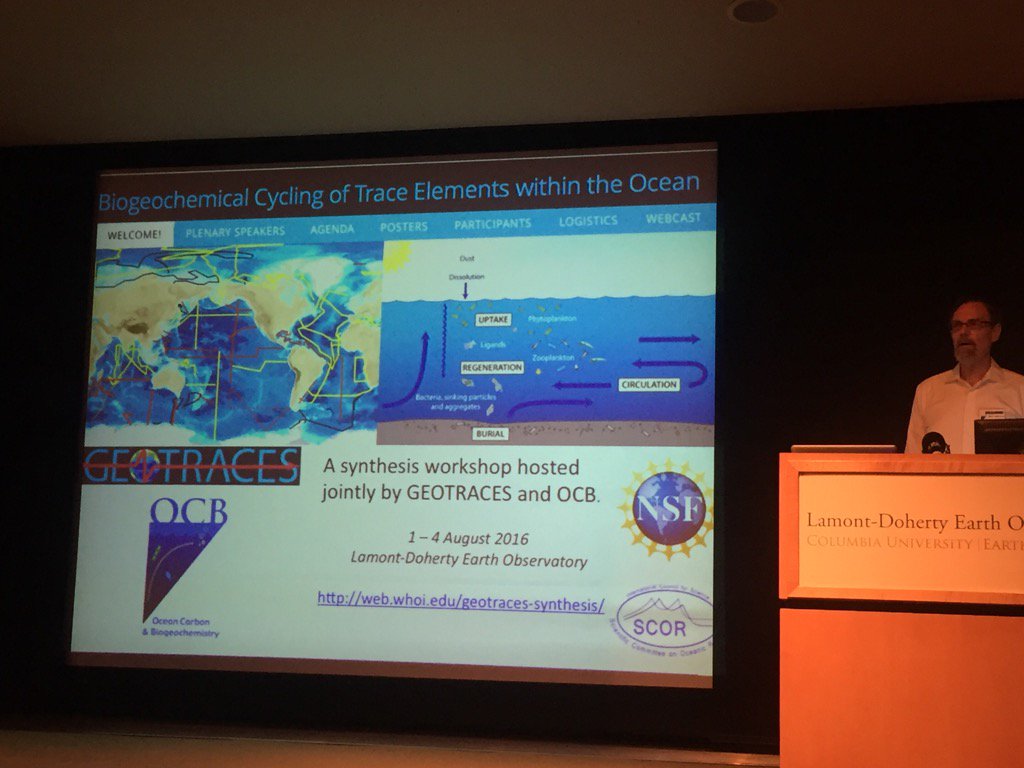 The plenary presentations (PDF files) from the Workshop are posted on the Workshop website. They can be opened and downloaded directly from the agenda: http://web.whoi.edu/geotraces-synthesis/agenda/

Thanks to all GEOTRACES national representatives for all their work!