A team of biogeochemists are returning to Australia after a three week voyage to the subantarctic Southern Ocean in the vicinity of the SOTS (Southern Ocean Time Series) site (see figure below).  The science party from Australia (IMAS, Australian National University, Edith Cowan University), the USA (Scripps Institution of Oceanography, Bigelow Laboratory of Oceean Sciences, The University of Tennessee) and Switzerland (University of Bern) sampled for aerosols, dissolved and particulate trace metal’s and isotopes and conducted iron rate processes measurements.  A major focus on the voyage was to detail the internal cycling of trace elements in the subsurface ocean via a suite of transdisciplinary perturbation experiments (omics, SXRF, isotopes, ligands, uptake) linked to other components of the voyage that targeted the biological carbon pump.  The voyage builds on prior process studies in this region in 2016, and will link with another planned for early 2019 near SOTS. 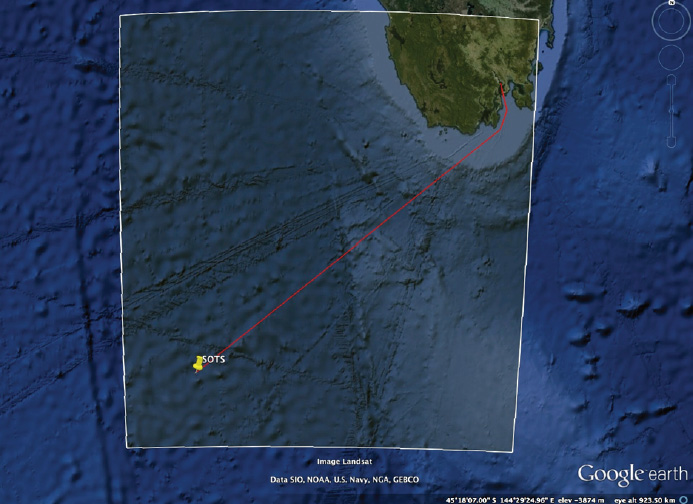